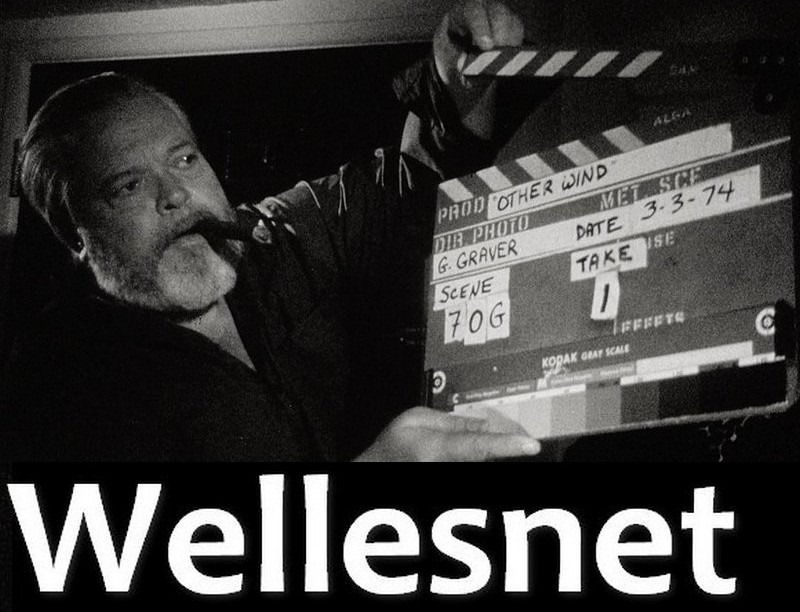 Ray Kelly, the manager of the respected Wellesnet.com, gave us the oportunity to tell the story of the most important website dedicated to the cinema and life of Orson Welles. Massimiliano Studer asked some questions about the birth and development of Wellesnet to Ray Kelly.

How did Wellesnet get started?

Jeff Wilson, an admirer of Orson Welles’s work, created the website almost 20 years ago with the support of a few fellow enthusiasts. When it went online in March 2001, it had several pages dedicated to various projects and an active Message Board that allowed fans to communicate — this was long before Facebook and Twitter were popular. In 2006, Jeff upgraded the website with WordPress so that news posts could be added more easily. By the time the website had reached its 10th anniversary in 2011, it is fair to say Jeff was ready to move on. Running a website can be exhausting and expensive. He offered to sell the website and a few of us pooled our money together. However, it did not go smoothly. The person chosen to oversee the management and bills did not do a very good job, which is putting it mildly. The web host got into an argument with him and shut down Wellesnet over a $5 overdue payment. (I am not kidding you.) Mike Teal, who had been with Wellesnet from the start, quickly paid off that debt. I persuaded the webhost and our manager to turn control over to me.

On your website there are no sponsor at all. Who is financing Wellesnet and how much does that cost per year?

I pay for the annual web hosting fees, domain registration and cyber security measures out of my own pocket. I have repeatedly turned down advertising and want Wellesnet to remain independent. At one point, the annual operating cost was close to $300. I have shaved that down by one-third. Luckily, I have a loving wife Sally who has encouraged me to keep the website going.

What kind of impact has your style of management had on Wellesnet? Do you work alone or do you have collaborators?

I would like to think I bring a strong journalism background to Wellesnet. I have worked in the field since the early 1980s with experience in broadcast, print and online reporting. I am currently the managing editor for a daily newspaper in Massachusetts. Though I write the vast majority of the posts, Wellesnet does accept contributions from other writers. We have run submitted pieces from people ranging from Joanne (Hill) Tarbox, who grew up with Welles, to Alberto Anile (Orson Welles in Italy).

When you took over Wellesnet, did you work at a newspaper? Do you have group meetings before publishing articles?

Yes, I was the arts and entertainment editor at The Republican in Springfield, Massachusetts, when I first took on Welllesnet. It may seem odd to take on website while working daily on entertainment stories, but I really enjoy it. I frequently turn to people I respect for feedback on something I am writing. Mike Teal, who manages the Message Board and Facebook page, is a solid sounding board and written some fantastic pieces on his own. He is wonderful guy. For me, one of the best things to have come out of Wellesnet is meeting film historian Joseph McBride, whose work I have long admired. I often turn to Joe for counsel. I have called upon others whose opinions I value, such as Michael Hinerman, Roger Ryan, Tony Williams and Larry Jackson to name but a few. Of course, there are authors like Josh Karp, Todd Tarbox, Simon Callow and Matthew Asprey Gear who have been invaluable to Wellesnet. 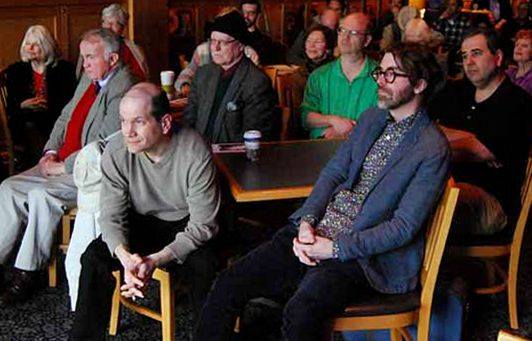 How many hours of work do you work on Wellesnet each week?

It varies. This past week (August 2020), I worked on the website every day because of developments with the forthcoming Hopper/Welles movie. I put in a bare minimum of 15 hours a week.

How do you select the articles written by people outside Wellesnet for publishing?

I look for pieces that have been well-researched and bring a fresh perspective to our understanding of Welles' work. I don't have a problem with an article that may offer a view quite opposite mine, but it has to be based in fact. I love it when someone comes to me with something totally surprising. For example, Robert Kroll did an article on a little known television remake of Citizen Kane that Welles pitched during the mid 1950s. Professor Kroll analyzed a 62-page story proposal prepared by Welles. It may be one of my favorite submissions to Wellesnet.

When did you understand Wellesnet became an influential source for film scholars? Do you remember a specific event for this: An article on a famous newspaper/journal or a quotation in a book?

When Jeff was the helm, American Movie Classics channel profiled the website, which was monumental. I remember seeing Wellesnet acknowledged in the end credits of Chuck Workman’s documentary Magician and being thrilled. When the Sedona Film Festival asked me to be a keynote speaker alongside Beatrice Welles, I was floored. During my reporting on The Other Side of the Wind, I found my opinions being sought by The New York Times, The Guardian and BBC radio. It was then I realized that Washington Monthly was right when they called us the “go-to site for all things Welles.” 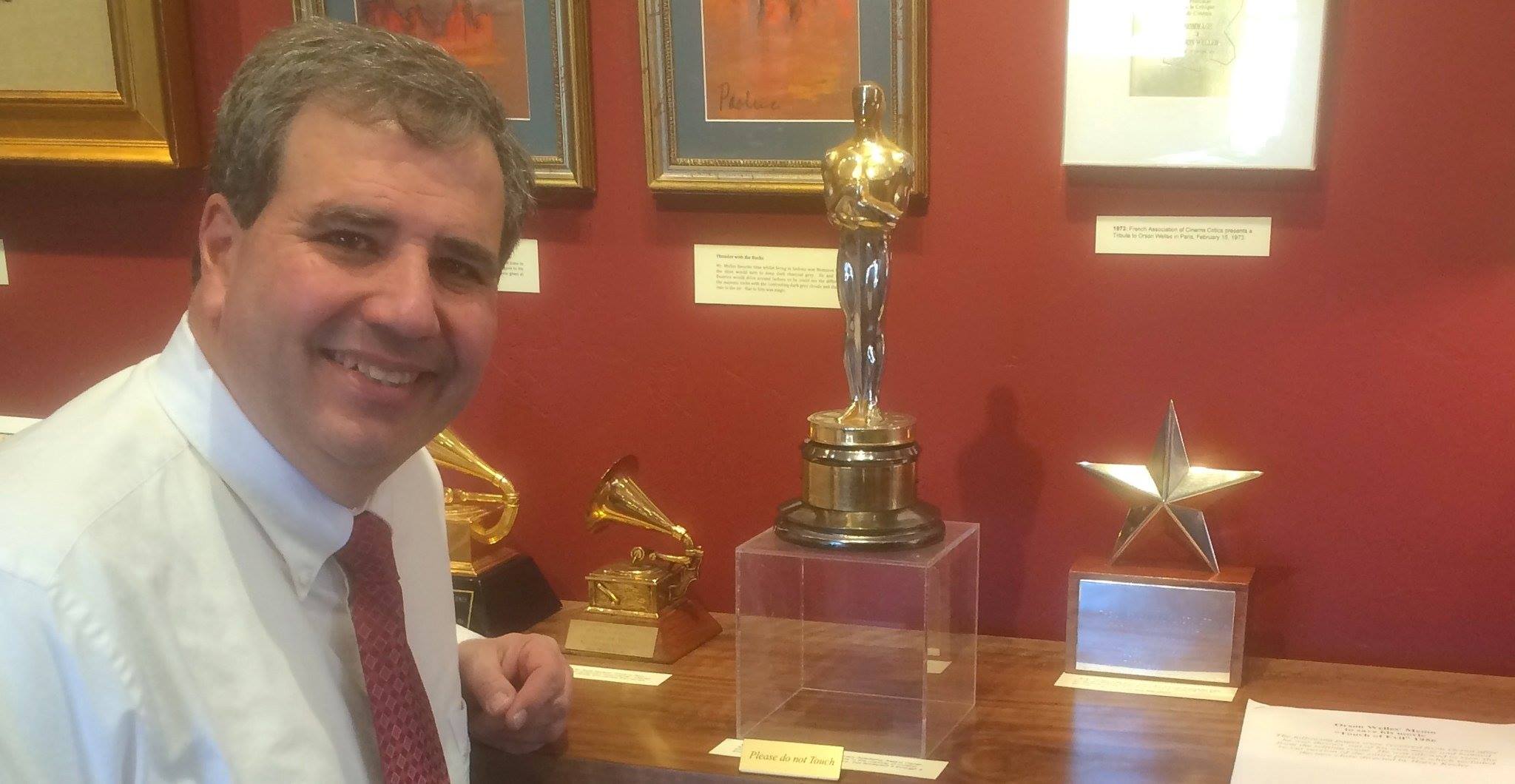 How did managing of Wellesnet change when Facebook became more powerful in spreading the news?

How many articles Wellesnet has published until now? Which is the most popular? Where are the visitors to Wellesnet coming from?

We have published more than 1,200 posts since 2006. The most popular posts involve the meaning of Rosebud in Citizen Kane, the making of The Other Side of the Wind, and the life of his daughter with Rita Hayworth, Rebecca Welles Manning. Wellesnet tracks tens of thousands of visitors each month from every continent but Antarctica! I tallied 456,000 unique visitors last year. The bulk of our readers are from North America, followed by Europe and South America. We have a much smaller following in Africa and Asia.

In 2015, you published Orson Welles’s will. How did you get this important document?

There was a legal battle following his death between his wife of 30 years, Paola Mori, and his girlfriend, Oja Kodar. His will, death certificate and numerous other documents were filed in the U.S. courts, which makes them public documents. Welles was a talented filmmaker, but he left his personal and business affairs in quite a mess when he died. One of the reasons so many Welles projects are unavailable to the general public 35 years after his passing is because there are unresolved questions of ownership. For example, there are some television works that the Estate is still trying to sort out. Hopefully, these will become easily available in the near future.

What has been your favorite moment during your time at Wellesnet?

I traveled to Los Angeles in December 2017 during the editing of The Other Side of the Wind. I met with producers Frank Marshall, Filip Jan Rymsza and Peter Bogdanovich and editor Bob Murawski. All of them were incredibly generous with their time and forthcoming with their answers to my many questions. I was so excited to be in the room where the reels and reels of the workprint were stored. I sat at a desk with Welles’s copies of his scripts. In addition, I was given the opportunity to watch footage that had only recently been discovered and edited by Bob Murawski. It was like being a child on Christmas morning! 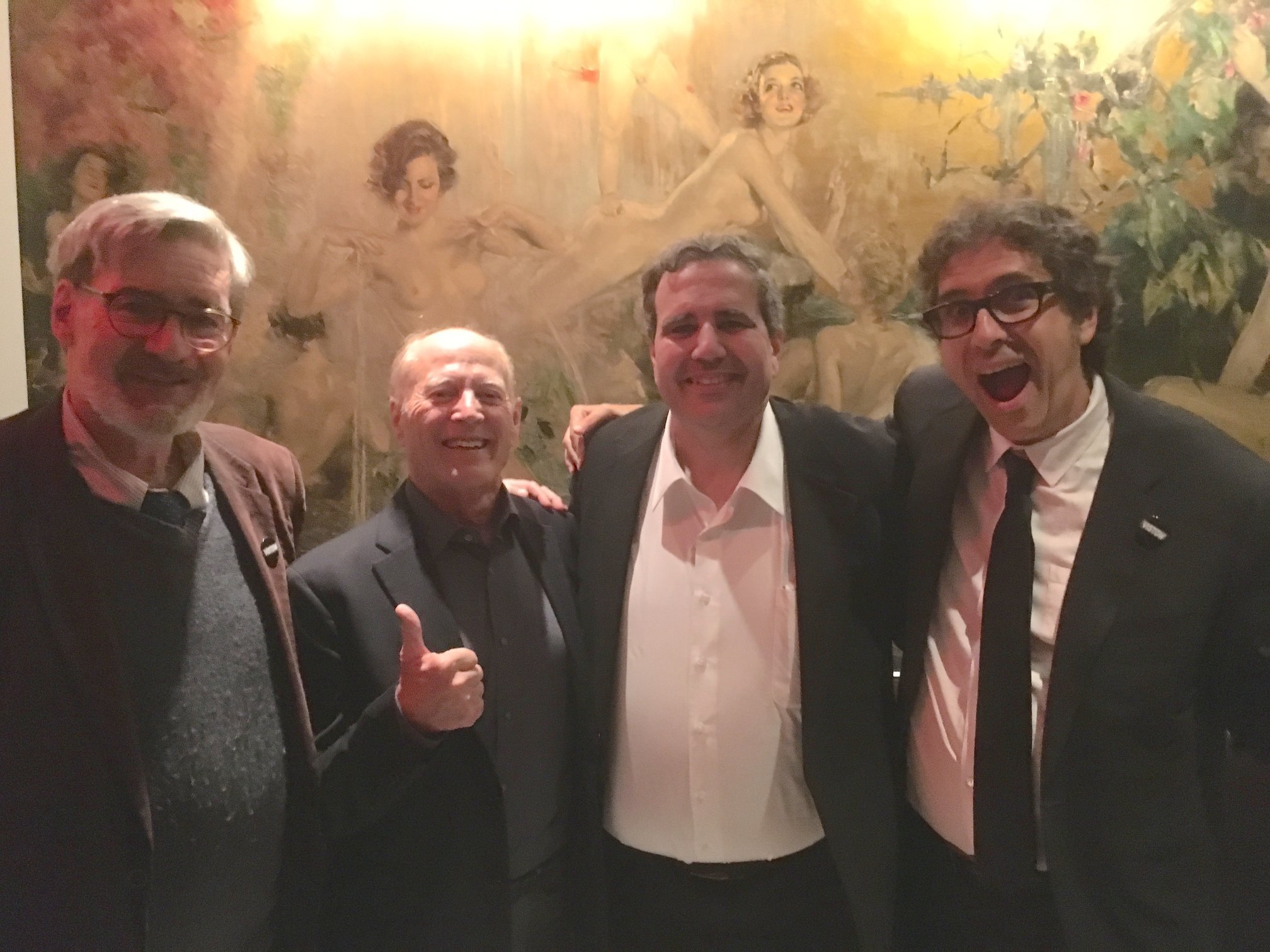 The Other Side of the Wind actor Joseph McBride, producer Frank Marshall, Wellesnet's Ray Kelly and editor Bob Murawski at the New York Film Festival in September 2018

Orson Welles has had a special relationship with Italy. In your opinion how has his work been treated in Italy and by Italian scholars?

Recently, Alberto Anile wrote an article about Josh Grossberg's hunt for the lost cut of The Magnificent Ambersons for La Repubblica. I got a telephone call from Beatrice Welles, who had been alerted by her cousins in Italy. She was very excited by the space given to it in La Repubblica. She said to me, "Italy has always loved my father." I think that is very true. Look at the work done by Anile, the late Ciro Giorgini, Alessandro Aniballi, and yourself. Websites like Formacinema and Quinlan.it do much to keep the legacy of Orson Welles alive. Of course, we cannot forget one of Welles's first film projects, Too Much Johnson, had its world premiere at Pordenone and the late period masterpiece The Other Side of the Wind at Venice! Italy is indeed very special.